In order to estimate the time required to reach the average temperature of a highly viscous material with which optimal pumping viscosity is obtained, a simulation of an on-board coil heating system on Ecuadorian Heavy Fuel Oil (HFO) was conducted. Heat transmission and heat transfer is studied through a highly viscous fluid such as HFO; processes such as energy conservation, mass conservation, and conservation of momentum on viscous fluids are included. Additionally, processes of energy diffusion and energy convection must be included. It was found that temporal evolution of mean temperature does not have dependence with the steam heating profile in coils, but indeed it has a linear dependence in time.
Abstract 357 | PDF (Español (España)) Downloads 1138 HTML (Español (España)) Downloads 501 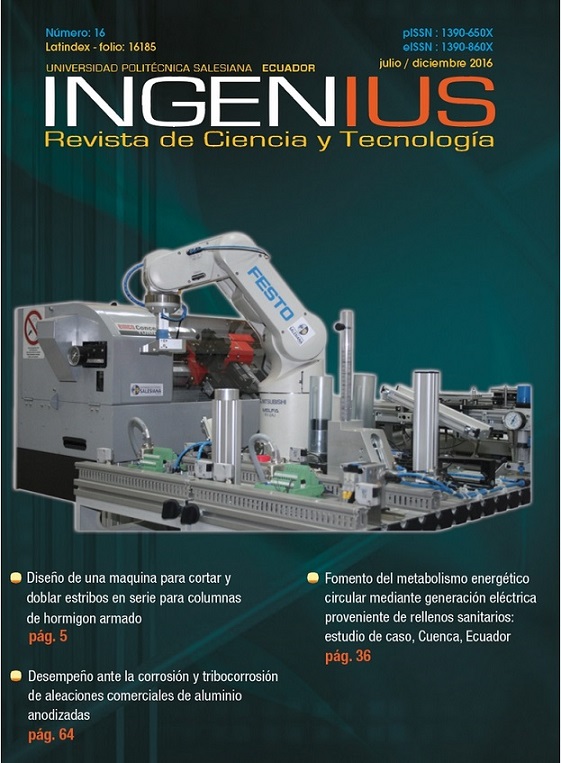 This work is licensed under a Creative Commons Attribution-NonCommercial-ShareAlike 4.0 International License.

The Universidad Politécnica Salesiana of Ecuador preserves the copyrights of the published works and will favor the reuse of the works. The works are published in the electronic edition of the journal under a Creative Commons Attribution/Noncommercial-No Derivative Works 4.0 Ecuador license: they can be copied, used, disseminated, transmitted and publicly displayed.

The undersigned author partially transfers the copyrights of this work to the Universidad Politécnica Salesiana of Ecuador for printed editions.

It is also stated that they have respected the ethical principles of research and are free from any conflict of interest. The author(s) certify that this work has not been published, nor is it under consideration for publication in any other journal or editorial work.

The author (s) are responsible for their content and have contributed to the conception, design and completion of the work, analysis and interpretation of data, and to have participated in the writing of the text and its revisions, as well as in the approval of the version which is finally referred to as an attachment. 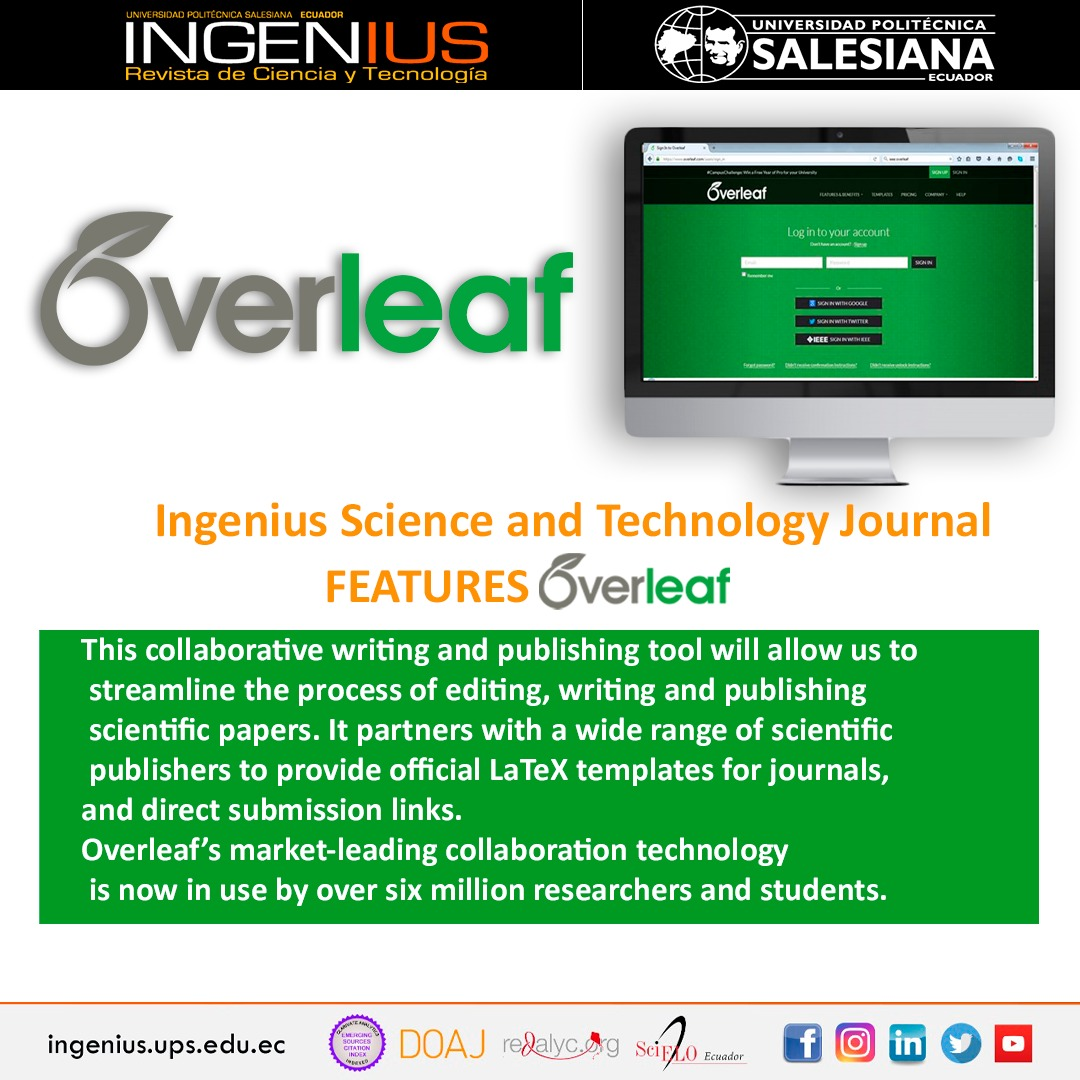 INGENIUS has Overleaf to edit articles in LaTeX 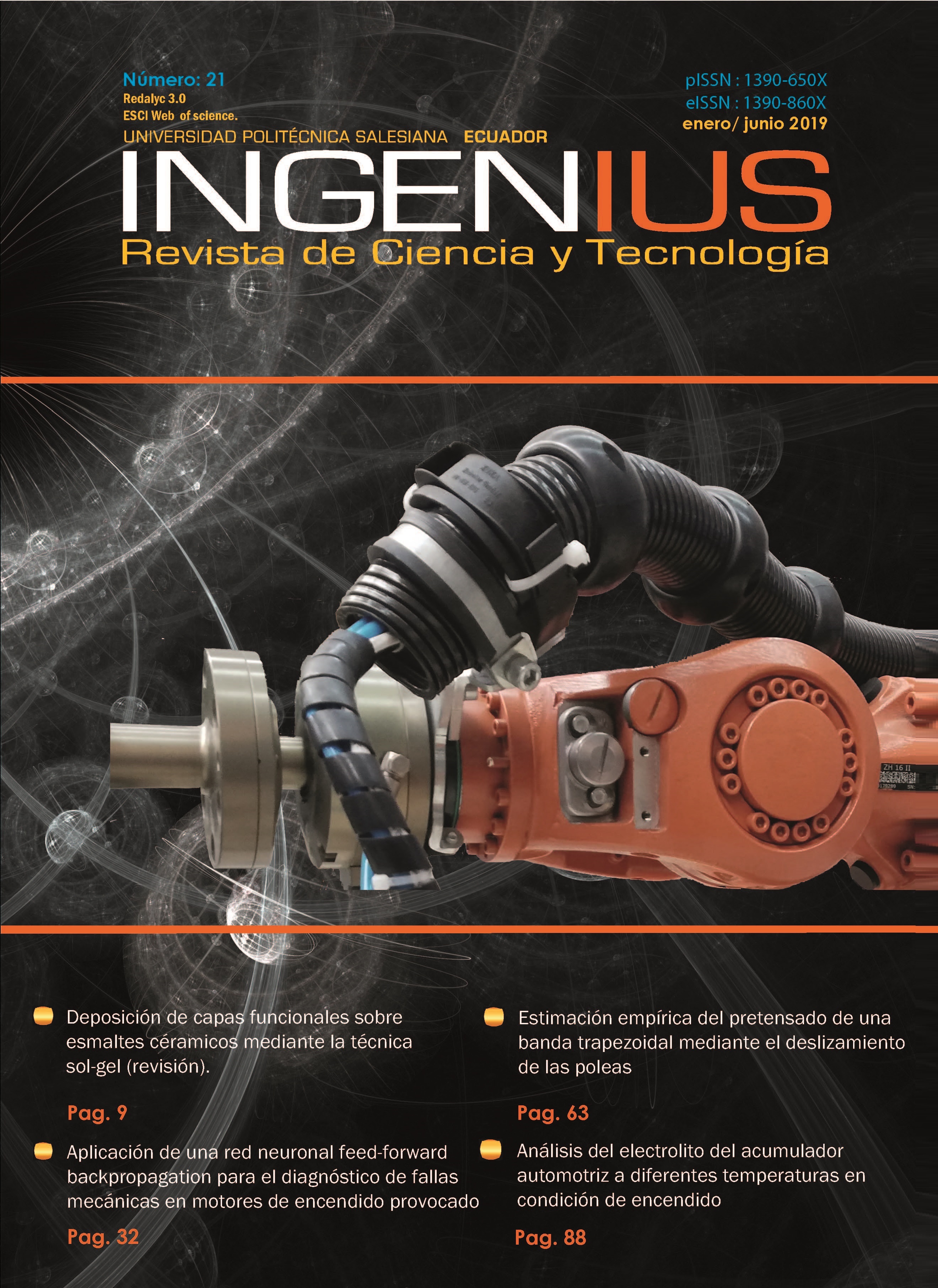 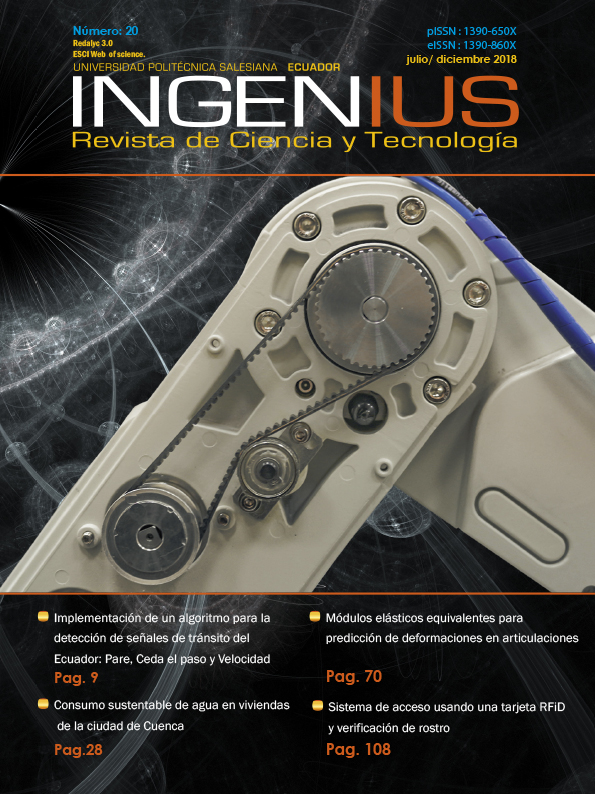 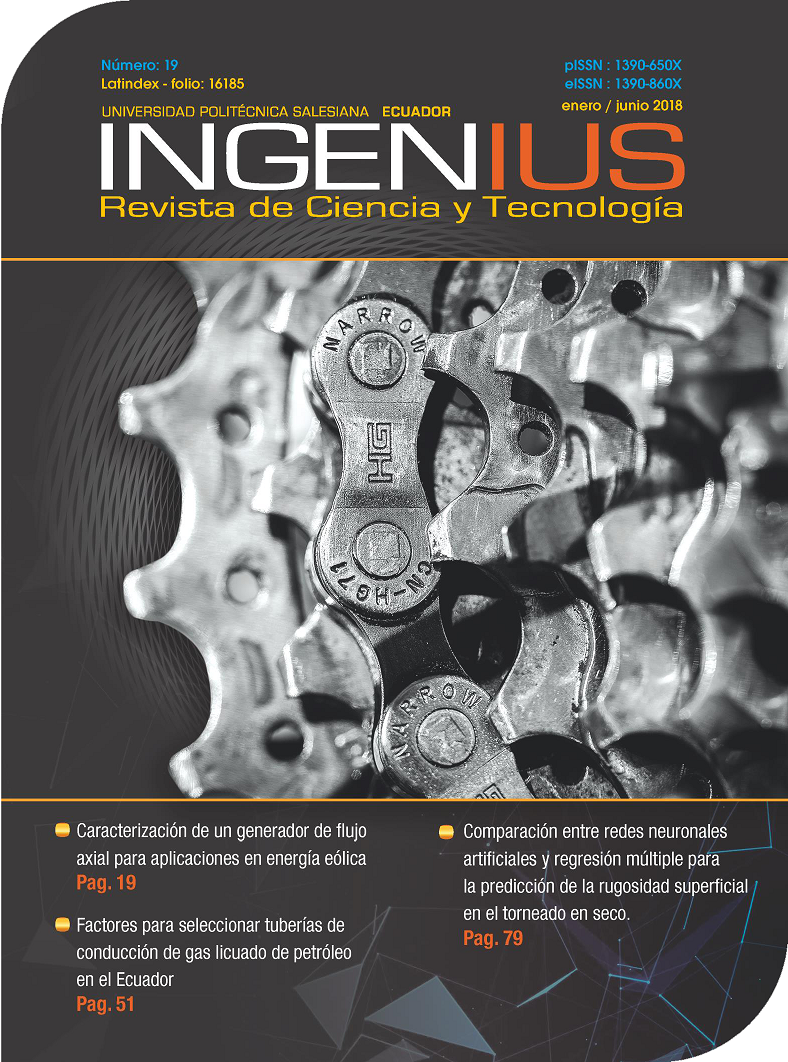 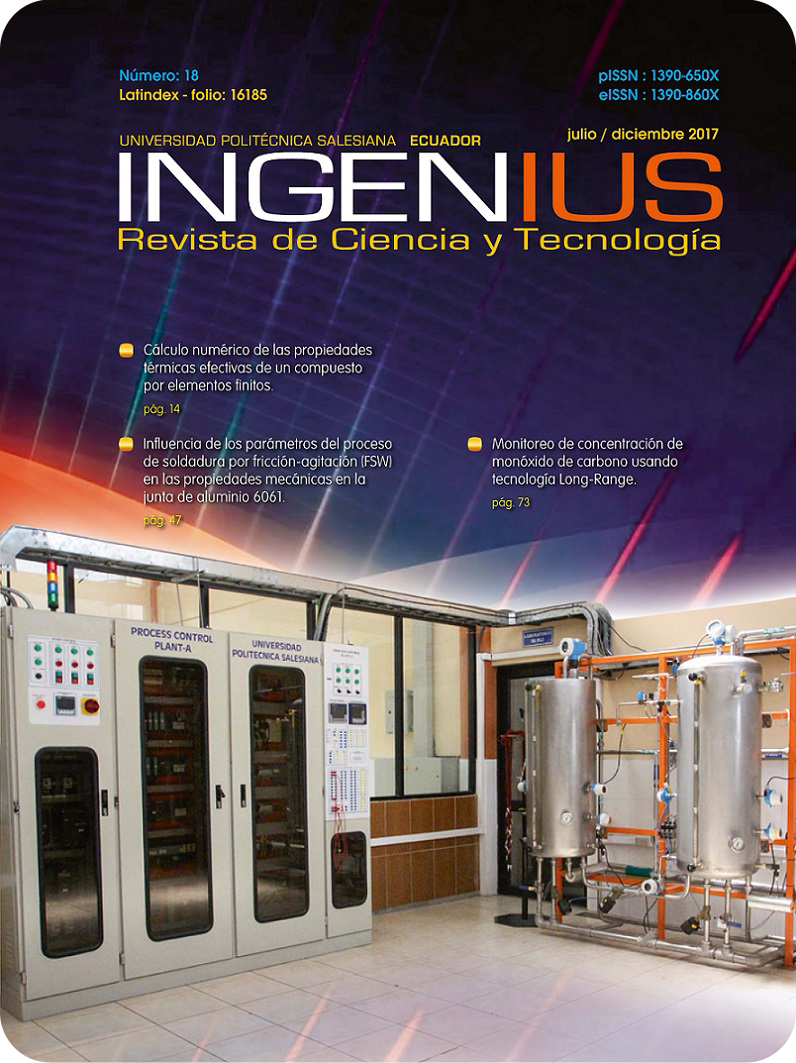 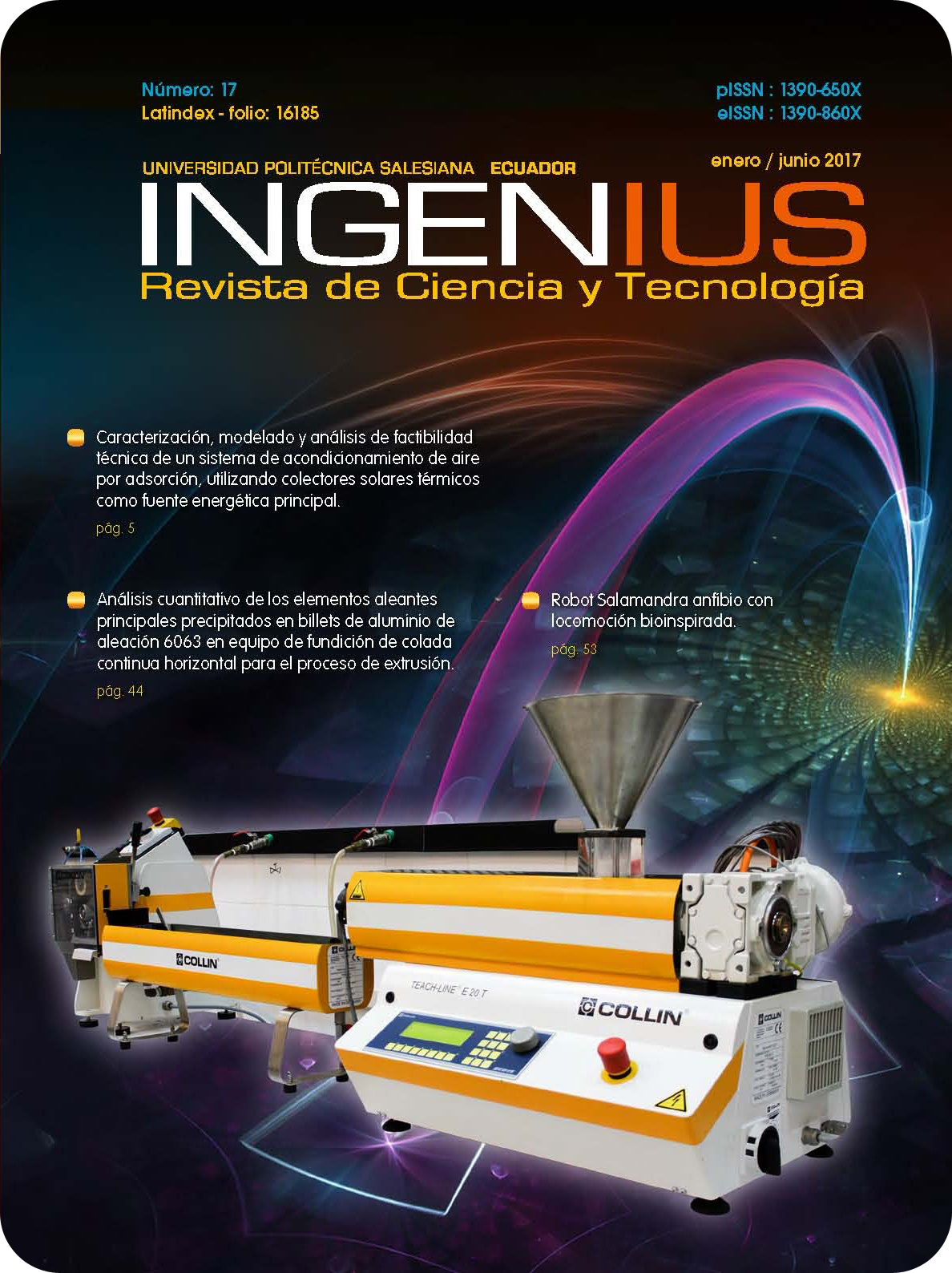 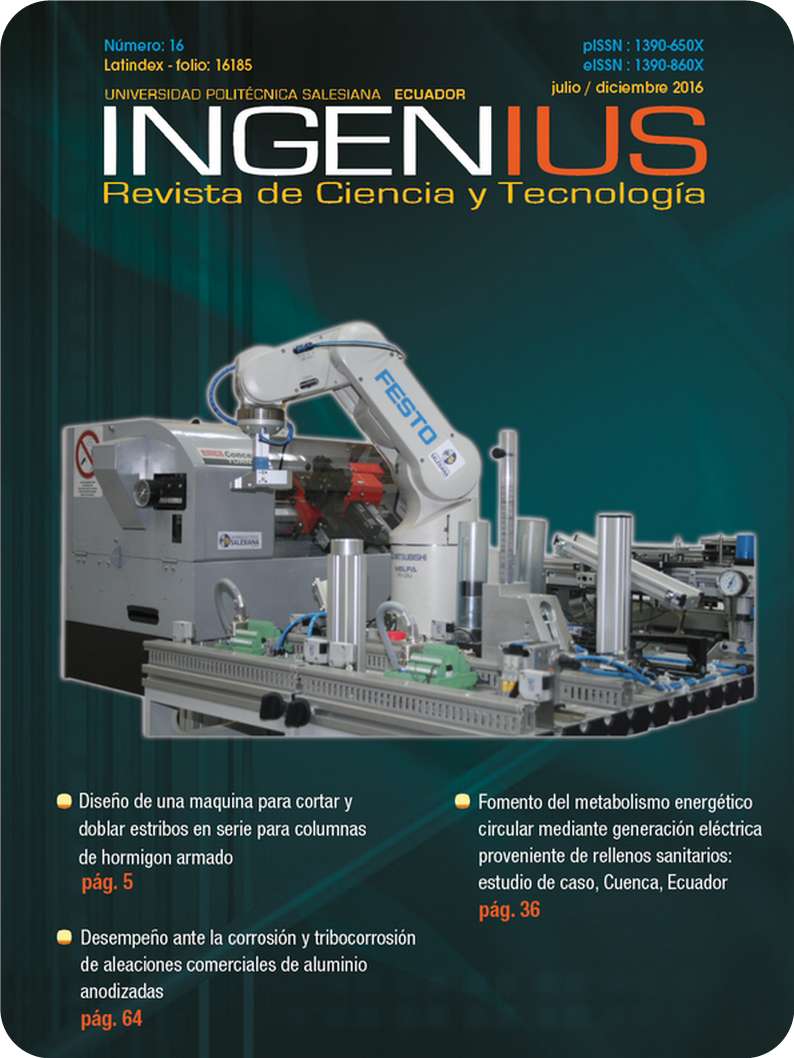